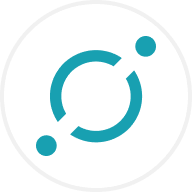 ICON is a decentralized blockchain network focused on interoperability. With ICON’s “blockchain transmission protocol”, independent blockchains like Bitcoin and Ethereum can connect and transact with each other. This opens up cross-chain use cases that are impossible without an interoperability layer like ICON. ICON Network describes itself as a general-purpose blockchain protocol based on the native cryptocurrency ICX that can run smart contracts, adopt the BFT-DPoS (Delegated Proof-of-Stake) consensus protocol, and use an economic-governance protocol called DPoC (Delegated Proof-of-Contribution). The ICON Network is powered by a proprietary blockchain engine called 'loopchain' and has the ability to handle hundreds of transactions per second. The ICON project was started to ensure the integrity and transparency of data shared between institutions and companies, and to move mutual assets on heterogeneous blockchains without a centralized organization. In the long term, ICON Network aims to become an 'interchain' that connects multiple blockchains based on BTP technology.
Mostrar más