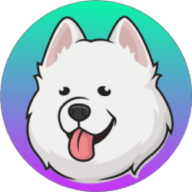 Samoyedcoin is a memecoin on Solana, and the blockchain network's self-described mascot and ambassador. Also known as SAMO, the cryptocurrency takes its inspiration from other dog-themed memecoins like DOGE and SHIB. The Samoyed breed was reportedly chosen because of Solana cofounder Anatoly Yakovenko's place of birth and the network's connection with FTX CEO Sam Bankman-Fried. The project provides tools to simplify online tipping via SAMO and airdrop distribution to token holders, and the Samoyedcoin ecosystem features a decentralized exchange, SamoDEX. SAMO supply is also periodically burned as a method of limiting potential selling pressure.