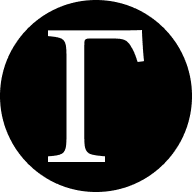 Ampleforth is a rebasing cryptocurrency protocol built on Ethereum. The Ampleforth ecosystem has two native crypto assets — AMPL and FORTH. AMPL is an algorithmic stablecoin, while FORTH is the protocol's governance token.

The project was inspired by the shortcomings of fixed-supply currencies — i.e., when the price is primarily driven by asset demand. Sudden shocks in asset demand can lead to destabilization of fixed supply currencies, such as BTC. The project also attempts to address the lack of diversity in the cryptocurrency ecosystem. As the prices of thousands of cryptocurrencies correlate positively with BTC, they also can suffer with BTC during a market downturn.

Ampleforth addresses the limitations of fixed-supply currencies with its rebase mechanism. The supply of AMPL changes daily in response to market demand. As the price of AMPL is kept stable by changes in demand and supply, the lack of correlation to BTC's price makes AMPL a diversifying asset for cryptocurrency traders.

Ampleforth aims to empower the decentralized finance ecosystem with AMPL serving as the reserve collateral. Compared to other collateral assets in the DeFi ecosystem, AMPL mitigates liquidation risk, as its price is independent of BTC and other DeFi tokens.

The Ampleforth team considers AMPL as a monetary innovation that facilitates a cross-chain DeFi ecosystem. In the future, the project aims to expand its ecosystem by introducing an elastic automated market maker, which would enable on-chain lending and borrowing of AMPL, and would support AMPL on cross-chain bridges.

Ampleforth recently launched its governance token, FORTH, which is used to vote on proposals for developing the Ampleforth ecosystem. To encourage community governance, FORTH is rewarded only to on-chain wallets that use AMPL in a utility manner.

FORTH price and tokenomics

FORTH is the governance token of Ampleforth and has an initial supply of 15 million. Of this, 67% of FORTH goes to the Ampleforth community, while 33% goes to early supporters of Ampleforth, including the core development team, advisors, supporters and the Ampleforth Foundation. The Ampleforth team has set an annual inflation target of 2% for FORTH, which will come into effect in 2022.

Ampleforth was founded by Evan Kuo, who began his entrepreneurship journey in 2010. Credited as the project's co-founder is Brandon Iles, who previously worked as software engineer at Uber and Google.

The Ampleforth Foundation is the entity behind Ampleforth and comprises a diverse team of engineers and academics. Members of the advisory board hold positions at Facebook, MIT and Stanford University.

Led by Pantera Capital and Founder Collective, Ampleforth had its first seed funding round in March 2018. The project had another round of venture funding in December 2018, which was led by Arrington XRP Capital, FBG Capital and Brian Armstrong.