Conflux Network is a high-performance public blockchain intended to serve as a platform for Web 3.0 applications. The network's native cryptocurrency is often denoted by its ticker symbol, CFX.

Like Bitcoin, Conflux is a proof-of-work blockchain, but its developers claim it can process between 3,000 and 6,000 transactions per second. It achieves this by combining a proof-of-work consensus mechanism with Tree-Graph block ordering to process transactions in parallel. This novel approach to consensus — known as GHAST — enables high transaction throughput and fast confirmations without compromising decentralization or security.

The network supports a growing decentralized finance ecosystem as well as cross-chain functionality thanks to its ShuttleFlow protocol. The latter allows digital assets to move between Conflux and other blockchain networks.

Conflux smart contracts are also compatible with Ethereum's programming language, Solidity. This makes developing on the network accessible to those with experience building applications on the more established blockchain.

There were 5 billion CFX created before the Conflux Network went live in 2020. New CFX enters circulation when the network rewards miners for adding a block of transactions to the chain. Conflux has no maximum supply limit, but the block rewards reduce over time to limit inflation's impact on the CFX price.

Activity on the Conflux Network drives demand for CFX. The cryptocurrency serves a similar function as ETH does on Ethereum. Conflux users pay for transaction and computation processing costs with CFX.

The network also has additional functions to those of ETH. Conflux requires those deploying smart contracts to lock CFX to reserve storage space. Additionally, the network's governance is controlled by a decentralized autonomous organization. This allows CFX holders to vote on governance proposals.

Research conducted by Andrew Yao at Tsinghua University inspired the creation of the Conflux Network. Yao's work introduced the Tree-Graph consensus mechanism as a method of scaling blockchains without compromising security or decentralization.

Credited with Conflux's founding is Fan Long, an assistant professor at the University of Toronto. David Chow, YuanJie Zhang and Ming Wu are listed as the project's co-founders.

The Conflux Foundation was formed in 2018. Shortly after, the nonprofit conducted a regulatory-compliant public sale to fund work on the network. Conflux's documentation states that the project is China's only state-endorsed public blockchain network. 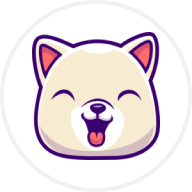