Maker — or MKR — is the governance token of the DAI stablecoin. Both of these assets are issued by MakerDAO, the first decentralized finance project to achieve widespread usage. More importantly, it is the tool by which DAI is pegged on a one-to-one basis with the U.S. dollar.

Users deposit ETH or other cryptocurrencies — including USDC, LINK and WBTC — as collateral in order to borrow DAI stablecoins. As a result, borrowers can monetize their cryptocurrency holdings without selling them.

The process is automated by smart contracts, with borrowers depositing crypto worth up to 200% of the amount they wish to borrow. DAI is created at this point and burned when the loan — technically a collateralized debt position — is repaid.

Unlike traditional stablecoins, such as USDT or USDC, DAI is not backed by a reserve of dollars. Instead, it uses MKR, which is automatically minted or burned as necessary to keep DAI stable while the cryptocurrencies serving as collateral fluctuate in value.

As a governance token, MKR gives holders the right to vote on proposals in its Continuous Approval Voting system, for which they earn rewards in MKR. In April 2021, MakerDAO voters voted to accept real-world assets — in the form of an ERC-20 token with real estate ownership rights — as collateral for a loan.

The Maker Foundation, which was created to oversee the decentralization of the Maker Protocol, announced in May 2021 that it was turning $500 million in MKR over to MakerDAO. The foundation kept just enough assets to fund its dissolution by the end of the year, and left it to MKR voters to decide what to do with the assets — such as setting up a staff of developers, security consultants, accounting teams and/or others to handle the foundation's work.

Ethereum-based MakerDAO started out by accepting only ETH as collateral, and intended to accept only decentralized cryptocurrencies. That ended in March 2020 after ETH suffered a flash crash, leaving the DeFi protocol undercollateralized. After minting and auctioning ERC-20 MKR tokens to cover losses, MakerDAO relaunched as a multi-collateral stablecoin that accepts USDC, among other cryptocurrencies.

While there were fears that the auction would hurt MKR prices over time, they proved to be unfounded as the 2020 DeFi boom saw its price skyrocket. Maker's value is ultimately based on the success of DAI, and its holders have — in theory — an incentive to vote in a way that helps build the platform over the long term.

The Maker token and its DAI sibling were the brainchild of entrepreneur and developer Rune Christensen, the Maker Foundation's co-founder and CEO. Launched in 2015, MakerDAO was one of the first major protocols built on Ethereum. While Christensen's DeFi project is not the first to dissolve its launch foundation, it will be the largest.

The Copenhagen resident began his entrepreneurial career by recruiting English teachers to work in China while still in graduate school. An early Bitcoin investor, Christensen began to focus on stablecoins after the 2014 hack that caused the Mt. Gox exchange to collapse.

He had his own crisis to deal with in early 2020, when Ethereum dropped 30% within 24 hours in a "flash crash" that overwhelmed MakerDAO's automated collateral auction protocols. This resulted in ETH being sold off for practically nothing — and left it badly undercollateralized. A huge auction of newly minted Maker covered the bad debts, but MKR holders controversially voted not to compensate borrowers whose ETH was auctioned off for nothing. 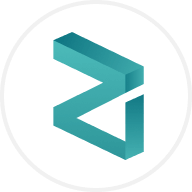 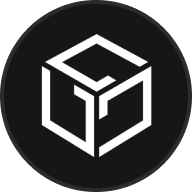 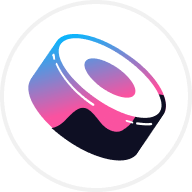