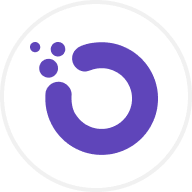 Orchid takes a new approach to digital privacy with the first peer-to-peer, incentivized privacy network. On the network, anyone can buy and sell bandwidth using the Orchid digital currency (OXT). Users can browse privately and access content without being limited by their geography. With its decentralized design, multi-hop architecture, and Open Source ethos, Orchid offers users unprecedented digital privacy in a trustless context.

Dr. Steven Waterhouse previously served as a partner at blockchain-focused venture Pantera Capital from its inception in 2013 through July 2016 and worked at Fortress Investment Group, where he founded the Digital Currency Fund with Mike Novogratz and Pete Briger. Seven was a Co-founder and CTO of RPX (Nasdaq: RPXC) and served as Director of the Honeycomb product group at Sun Microsystems. He holds a PhD in Engineering from the University of Cambridge.

Jay Freeman, widely known online as "saurik", is most recognized for having developed Cydia Installer, the alternative to the App Store for jailbroken iPhones, iPads, and the iPod touch, used by tens of millions of users worldwide. In the past, Jay has also been involved in other areas of computer security including Anakrino (the first decompiler for Microsoft's .NET) and nmap+V, which pioneered a key feature of the ubiquitous nmap network utility and port scanner.