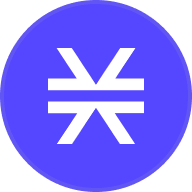 Stacks — originally Blockstack — is the name of a Layer-1 blockchain network that attempts to bring smart contracts and decentralized applications to Bitcoin. The network's native cryptocurrency is also called Stacks, but you'll often see it referred to by its ticker symbol, STX.

Those behind the Stacks network set out to create a platform on which to build a more open, user-owned internet — often referred to as Web 3.0. The project leverages the Bitcoin blockchain's security but features a novel programming language called Clarity.

Clarity allows developers to test smart contracts mathematically before they go live. This reduces the chance of vulnerabilities in the code being discovered later.

Stacks transactions are faster and more flexible than BTC transactions, though they benefit from the Bitcoin network's unrivaled security. This is achieved via a mechanism called proof-of-transfer, or PoX, which connects the two chains.

Stacks miners send an existing proof-of-work cryptocurrency — in Stacks' case, BTC — to "Stackers" on the Stacks network. Miners also propose a block of transactions to be recorded to the Stacks blockchain. The Stacks protocol selects a miner at random to add their block, and the chosen miner receives a reward in STX. Meanwhile, Stackers lock up STX to earn a share of the BTC that Stacks miners transfer.

About STX price and tokenomics

Current levels of supply and demand determine STX price. While the supply's issuance is fixed by the protocol, a variety of factors influence demand. Increased STX buying with no change in supply pushes the Stacks price up.

Stacks users pay for transactions and computations using STX. Additionally, those supporting the network by "Stacking" must lock up STX, which discourages selling. The fact that the network rewards Stackers with BTC may make STX even more sought after, too. This should positively impact Stacks' price.

Stacks launched with 1.3 billion STX already minted. New STX comes into circulation with each new block added to the Stacks blockchain. Originally rewarding Stackers with 1,000 STX per block, the number halves around every four years. However, unlike BTC's own halving schedule, Stacks halvings stop when new issuance has fallen to 125 STX per block.

Muneeb Ali and Ryan Shea founded the New York-based Blockstack PBC — later rebranded to Hiro PBC — at Princeton University in 2013. The company sought to use the Bitcoin network as the foundational layer of a more decentralized internet. Their vision attracted early funding from Union Square Ventures and others.

After several years of development, an alpha version of the Blockstack developer platform went live in 2017. Additional funding came from Lux Capital and Digital Currency Group, as well as a registered token sale restricted to accredited investors. In 2018, the first version of the Stacks mainnet went live.

Following extensive consultation with the SEC, the project ran the first fully compliant token offering in mid-2019. The $15.5 million raised helped to fund work on an updated version of the network that launched in early 2021. This current version of Stacks introduced both the Clarity programming language and the proof-of-transfer consensus mechanism.