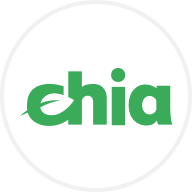 Chia Network is a blockchain and smart-transaction platform aiming to improve the global financial and payment system. Chia — the native token of Chia Network that goes by the ticker XCH — is used for transactions as well as reward incentives for users.

Motivated by Bitcoin's energy-intensive proof-of-work consensus mechanism, Chia Network aims to bring a "green" cryptocurrency to promote a sustainable environment. The protocol achieves its goal by using an energy-friendly consensus called "Proof of Space and Time."

Chia Network recently enabled trading and transaction services for XCH. Chia Network Inc. — the company behind the protocol — aims to go public by registering a U.S. SEC-compliant equity initial public offering. If the public listing is successful, the company believes that XCH will be less volatile than other cryptocurrencies, as the price of XCH on digital exchanges will mirror the company's share price in stock exchanges.

Chia Network minted an initial 21 million XCH at the mainnet launch. The initial supply is kept under Chia Network's Strategic Reserve and is used to make long-term investments in the Chia ecosystem.

As Chia Network Inc. intends to become a listed company on an American stock exchange, the company may issue XCH as dividends and offer XCH as share buybacks to shareholders. 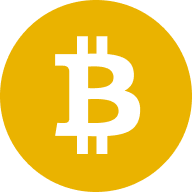