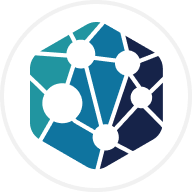 HYCON is the digital asset built on top of a faster and more scalable blockchain developed by the Infinity Project team. Using a DAG (Directed Acyclic Graph) structure, it has the capability to publish several blocks simultaneously with the ability to resolve conflicting transactions and reject double-spends through the SPECTRE consensus algorithm. Hycon is the first to use type script at the front end, which paved the way for many blockchian developers to enter the industry.

Taewon Kim is the CEO &amp;amp;amp;amp;amp;amp;amp;amp;amp;amp; CTO of GLOSFER·HYCON, a first-generation blockchain company in Korea. In 2012, Kim realized the potential of the blockchain industry and founded LC Company, which is now called Glosfer. He has conducted a number of SI projects for public institutions and companies and has an extensive experience in various development languages and DBMS. In 2015, he established BITWHERE, the third bitcoin exchange in Korea.

Niall Moore has always had a thirst for knowledge when it comes to the universe. He received a bachelors degree in astrophysics from St Andrews University in Scotland. After having spent many years living in the city of Seoul, he gained a master’s degree in computer science. With the blockchain era looming large, he took on a role at Glosfer, Koreas leading blockchain company, taking responsibility for developing HYCON and leading further research and development into blockchain technology.

Owen has a background in computer science and deep learning. Before he entered the blockchain space, Owen spent most of his time researching deep neural networks. He co-leads the HYCON team by guiding the group in the practical implementation of theoretical cryptocurrency research.