OpenDAO is the decentralized autonomous organization behind the Christmas 2021 SOS token airdrop. The airdrop was free to claim by anyone who had traded an NFT on the popular OpenSea marketplace since its launch. However, OpenDAO is in no way affiliated with OpenSea and seems, in part, to be a response to the NFT marketplace's reluctance to give back to the NFT community via its own token. While OpenDAO's longer-term aims are unclear, the project's documentation states that SOS tokens will be used to compensate OpenSea scam victims, and to support emerging artists, NFT communities and art preservation. Half of the total supply of 89 trillion tokens were awarded to OpenSea users, with the remaining 50% split between the LP incentives, staking incentives and the DAO itself. 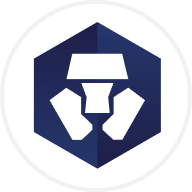