Mask Network is the name of a censorship-resistant network that serves as a bridge between centralized Web 2.0 services and a decentralized Web 3.0. The Ethereum-based MASK token is native to the platform. The Mask Network plug-in is available as both a browser extension and Android/iOS applications. It works as an overlay for traditional social media platforms like Twitter and Facebook, adding decentralized functionality without relying on centralized APIs.

The first version of Mask Network — originally Maskbook — went live in July 2019. The initial release allowed Twitter and Facebook users to encrypt messages, comments and other media, hiding the content from all but the intended recipient. In the years since, Mask Network has introduced several notable features. They include a built-in Ethereum wallet, Uniswap and Gitcoin Grant integration, a regulatory-compliant fiat on-ramp, and a "Red Packet" crypto gifting feature. With these, users can use the Mask Network overlay directly on social media sites to buy MASK tokens and other cryptocurrencies, using fiat or other ERC-20 tokens. They can also fund projects and gift digital assets to other users. Future integrations are planned with the aim of building a vibrant decentralized applet ecosystem.

More recently, Mask Network introduced the concept of the initial Twitter offering — or ITO. The Ethereum-based zkRollup exchange Loopring held the first ITO on Mask Network in January 2021. It sold $50,000 worth of its LRC token in less than three minutes through social media platforms alone.

The MASK crypto token was launched in February 2021 via a Uniswap-inspired airdrop, ITO and auction on Balancer's liquidity bootstrapping pool. It functions as a governance token for the Mask Network's reserve funds. The reserve is intended to help build the Mask Network ecosystem and fund community development.

As a fixed-supply cryptocurrency without additional issuance, the current MASK price is a function of selling pressure versus demand. During periods when MASK buying outweighs MASK selling, the MASK/USD price increases.

Mask Network issued 100 billion MASK before launch. However, only around 9% of the total supply went immediately into circulation. The project's reserve — controlled by Mask Network's decentralized autonomous organization — holds another 39.55%.

The rest of the genesis allocation was distributed between the team and early investors. These funds are subject to an 18–36-month lockup period.

After the lockup, locked tokens will enter circulation, potentially putting downward pressure on the MASK crypto price. However, if Mask Network's expanding set of unique features continues to attract new users, MASK governance tokens may be highly sought after.

Mask Network was created by Dimension.im. Investigative journalist-turned programmer Suji Yan founded the Shanghai-based company in 2017. Dimension.im is a patron of the Electronic Frontier Foundation — a nonprofit organization advocating privacy technology and freedom of speech.

In interviews, Yan has attributed his interest in censorship-resistant technologies to his work reporting on suspected Japanese government efforts to cover up the Fukushima nuclear disaster. He describes Mask Network as an attempt to "corrupt" the centralized status quo from within, rather than attacking it from the outside.

Mask Network has already worked with several big names from crypto and DeFi. They include Gitcoin Grants, Uniswap, Balancer, Loopring, Transak and Mirror Protocol. The project has also attracted investment from the Digital Currency Group, Fundamental Labs, Longling Capital and others. 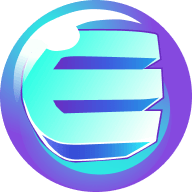 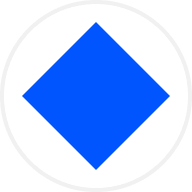 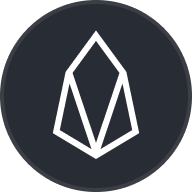