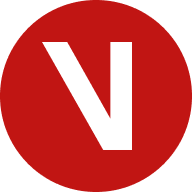 A smarter way to explore live music.Browse through hundreds of thousands of profiles: musicians, venues and events with social media stats, gig dates, contacts and other useful information.

He single-handedly kickstarted Slovenia's electronic music scene and became an A-list world-famous techno DJ. Talk about making it big! With over 100 gigs across the globe each year, DJ UMEK is one of the world's biggest electronic music artists. A tireless award-winning producer. A living legend. And a genuinely nice guy. The world is his playground. And his playground is Viberate.

Matej has been an entrepreneur for most of his life. He founded one of the biggest event management agencies in the country. His company won numerous awards on marketing festivals and did some pioneering work in digital marketing. He specializes in team leadership and strategic planning.

The initials of Vasja’s name could easily stand for venturesome &amp;amp;amp;amp;amp; versatile. He's a sharp-minded visionary who knows exactly what he wants and isn’t afraid to dream big. A decade he spent in music management turned out to be just a starter for his very own start-up scene which he took by storm ... forget the storm – Viberate is a freaking tsunami! He's also a dedicated father, an avid biker and a coffee junkie in his spare time.