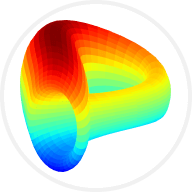 Curve DAO is a decentralized organization that controls Curve Finance, an automated market maker and decentralized exchange that focuses on swapping Ethereum-based digital assets, particularly stablecoins. Unlike other cryptocurrencies, stablecoins are often pegged to an underlying asset, which allows them to maintain price stability even during extreme market movements.

Built on the Ethereum blockchain, the Curve platform is fully automated and supports multiple cryptocurrencies and ERC-20 tokens. Curve features pools of crypto assets, known as liquidity pools, that users contribute to with "loans" to the platform for a set period of time in order to earn fees.

Users earn CRV, which is the Curve DAO's native token, by adding stablecoins to liquidity pools that traders can then buy and sell. By supporting stablecoins like USDT, USDC and PAX that are pegged to the U.S. dollar, or wBTC that tracks the price of Bitcoin, Curve differentiates itself from other automated market makers.

As the protocol mainly supports stablecoins, exposure to extreme market volatility is much lower and instances of impermanent loss are also reduced. However, as with all automated market makers, there are inherent risks users should be aware of.

CRV was launched on Aug. 14, 2020, with a total supply of 3.03 billion tokens — and with 62% of these distributed to liquidity providers. The remaining tokens have been allocated between the Curve team and investors, who will get 30% of the tokens. A further 3% have gone to employees and 5% to community reserves.

The tokens are based on the Ethereum blockchain as ERC-20 tokens and are gradually unlocked rather than being pre-mined. The Curve DAO price charts show that the coin reached an all-time high of $60.50 on its first day but was followed by lows of $0.3316 two months later.

From a utility perspective, the Curve DAO tokens incentivize users to provide liquidity, can be used to pay fees, and give holders voting powers.

In November 2019, Curve's white paper was published by Michael Egorov, who is a Russian physicist and scientist from the Moscow Institute of Physics and Technology.

While there is little information in regard to Curve DAO about Egorov — or any other senior team members — he is recognized as the co-founder of NuCypher, a cryptography company that builds privacy-preserving infrastructure and protocols, and he is also the founder of LoanCoin.

Both of his other companies are based in California, but there is no mention of founders or team members on the Curve DAO website.