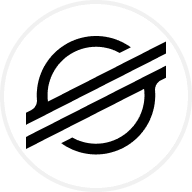 Stellar is an open-source and decentralized payments protocol that enables the world's financial systems to collaborate on a single network. As a layer 1 blockchain, it allows users to create, send, and trade digital representations of both crypto and fiat currencies. Furthermore, Stellar provides developers with the documentation, tools, and support they need to build their own projects on top of Stellar. Stellar has handled over 2 billion transactions since its inception.

Unlike Bitcoin, which uses a proof-of-work consensus, or Cardano, which uses a proof-of-stake consensus, Stellar operates using a Federated Byzantine Agreement (FBA) algorithm. The FBA algorithm allows Stellar to process transactions much more quickly and affordably without the intense computational power required by the Bitcoin blockchain, for example. The FBA uses quorum slices — a portion of the network — to approve and validate a transaction. Each node in the Stellar network chooses a set of trustworthy nodes, and a transaction is only considered to be approved when all the nodes within this set agree. This process is much shorter and more efficient than many alternatives, making Stellar's network incredibly fast. It is believed that Stellar can process more than 1,000 transactions per second. In addition, transactions on the Stellar network are very affordable. Fees are fixed at 0.00001 XLM per transaction.

Stellar also has its decentralized exchange, StellarX, which can be used to trade all types of cryptocurrencies and traditional assets like silver, gold, and more.

The Stellar network's continuous development and growth is overseen by a non-profit organization founded in 2014 called Stellar Development Foundation (SDF). It works hand-in-hand with Stellar to make markets more open, money more fluid, and empower people. The SDF assists in the maintenance of Stellar's codebase, supports communities built around it, and speaks on Stellar's behalf with institutions and regulators.

How does Stellar work?

In a nutshell, the Stellar protocol converts any valuable asset into XLM and then into the recipient's currency in a matter of seconds. Stellar allows anyone to create a digital representation of money or anything valuable. This digital representation is then free to be sent, received, redeemed, or traded in the market. USD Coin (USDC), a dollar-pegged stablecoin created using the Stellar protocol, is a great example of this.

Stellar relies on entities known as anchors to transfer value from Stellar to the traditional banking system and vice versa. These are secure connections between Stellar and other payment systems. Anchors can offer a variety of financial services to users, such as creating on/off ramps and issuing assets. They keep wallets with XLM and fiat balances to allow for simple currency exchange on Stellar. MoneyGram (International), Settle Network (Mexico, Argentina, and Brazil), Bitso (Mexico), Chronos (Argentina), Cowrie (Nigeria), Tempo (Europe), and Stablecorp (Canada) are some of the well-known anchors on Stellar.

Stellar employs a novel Stellar Consensus Protocol (SCP) invented by the project's Chief Scientist, David Mazieres, in 2015. This consensus mechanism is an implementation of the Federated Byzantine Agreement (FBA), which Ripple pioneered.

According to SCP, a group of trustworthy nodes responsible for validating transactions and adding new blocks is chosen on a regular basis via a voting mechanism. Anyone can run a node, and each node votes on and contributes to the selection of a group of trustworthy nodes for the job. SCP ensures cheaper transactions that are processed in seconds due to its four key properties: flexible trust, decentralized control, asymptotic security, and low latency.

A total of 100 billion XLM tokens were created at the time of Stellar's launch in July 2014. Two billion of these were sold and pre-allocated during a private seed round held earlier in May 2014. These were jointly bought by Stellar's founder Jed McCaleb and Stripe CEO Patric Collison, for $3 million. The purpose was to provide seed funding for the set up of Stellar Development Foundation (SDF).

Between Stellar's launch and a community vote held in October 2019, XLM's supply grew at an annual inflation rate of 1%. The inflationary mechanism was removed after the 2019 vote, and over half of the token's maximum supply was burnt and removed from circulation. From that point onwards, a decision was also taken not to create any more XLM. The new maximum supply of XLM stood at a little over 50 billion tokens.

As of writing, SDF holds almost 60% of the total XLM supply. It is to be used for the development and promotion of the Stellar network and will gradually enter the circulating supply with time.

Stellar was founded by Jed McCaleb and Joyce Kim. McCaleb founded the Mt. Gox cryptocurrency exchange prior to his involvement with Stellar. He was also Ripple's co-founder and CTO.

Following the formation of Stellar by McCaleb and former lawyer Kim, payments firm Stripe invested $3 million in the company, assisting in the formation of the Stellar Development Foundation (SDF), a non-profit organization through which the company operates to this day.

The Stellar user base has grown steadily since its inception, with the network eventually surpassing 7 million accounts by the middle of July 2022.

MoneyGram International, a major provider of international payment services, announced a strategic partnership with Stellar in May 2022. The agreement calls for the development of a stablecoin-based platform to facilitate global money transfers. Stellar wallet users will be able to transfer USD Coin (USDC) to recipients, who will then be able to convert them into their local fiat currency via MoneyGram's network, with this new service.

In other Stellar-related news, WhiteBIT, one of Europe's largest digital asset exchanges, announced the integration of Stellar USDC into its platform. WhiteBIT has now joined a growing list of prominent exchanges that accept Stellar USDC deposits and withdrawals for their European clients.

What is Stellar?
Stellar is a layer 1 payments protocol designed to work with both fiat and cryptocurrencies. Stellar allows users to send digital representations of money internationally quickly and affordably. Stellar is a decentralized network that is built using open-source code.
What is the maximum supply of XLM?
XLM has a maximum supply of 50 billion tokens. There was an initial supply of 100 billion tokens, which were inflationary in nature, when it was first created. It was decided in October 2019 that the XLM supply would no longer be inflationary, and the supply was reduced by more than 50%.
How is Stellar secured?
Stellar uses a novel Stellar Consensus Protocol (SCP) to secure its network. It is an implementation of the Federated Byzantine Agreement (FBA) pioneered by Ripple.
What is XLM used for?
On the Stellar network, XLM is primarily used as a utility token. If users want to send money using Stellar, they must pay transaction fees in XLM. The minimum fee required is 0.00001 XLM, making it extremely affordable.
Where can I buy XLM?

You can buy XLM from OKX exchange. OKX offers the XLM/USDT, XLM/USDC, XLM/BTC and XLM/ETH trading pairs. Alternatively, you can convert your crypto to XLM.

Before you begin trading with OKX, you need to create an account. To trade XLM/USDT, XLM/USDC, XLM/BTC or XLM/ETH, click "Basic Trading" under "Trade". Under the same tab, click "Convert" to convert crypto to XLM.

Alternatively, visit our new OKX Crypto Calculator. Select XLM and the desired fiat that you would like to convert to view the estimated live conversion price. 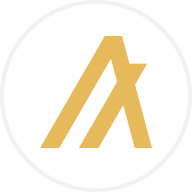 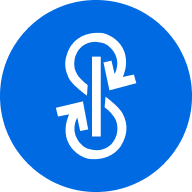 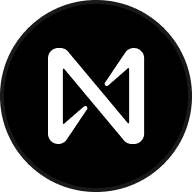