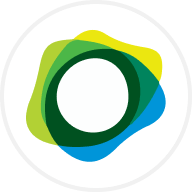 Paxos Standard is an Ethereum-based stablecoin that is backed by the U.S. dollar. Like other stablecoins, PAX aims to maintain its fiat peg even during times of high volatility. Each PAX token is backed 1:1 by USD, and the Paxos Trust Company is responsible for maintaining reserves.

Being a stablecoin, PAX combines the benefits of blockchain tech and the stability of fiat currencies. This means that anyone wanting to enter the cryptocurrency space can easily convert fiat or other cryptocurrencies into PAX and use the stablecoins to buy or trade digital assets across supported exchanges.

One of the key benefits of PAX being backed by the dollar is that it enables instant worldwide transactions, allowing anyone in the world to send or receive U.S. dollars at any time of day or night without the need for a third-party intermediary.

In response to a wave of bad press that Tether received regarding transparency and legal issues, PAX and other stablecoins positioned themselves as alternative, trustworthy "digital dollars." By adhering to government regulations and regular auditing, Paxos Standard aims to reassure users that all issued coins are fully backed.

Paxos Standard is approved by the New York State Department of Financial Services and is audited monthly by the accountancy firm Withum, while the PAX smart contract has been scrutinized by Nomic Labs.

First issued by the Paxos Trust Company in September 2018, there is technically no maximum supply of PAX since it is backed by the dollar, and the PAX price will always remain anchored to the dollar on a one-to-one basis.

The founders of Paxos Standard are Rich Teo and Charles Cascarilla.

Teo is the CEO for Paxos in Asia, where he leads the regional initiatives and operations. He has more than a decade of experience in financial technology and was once a principal analyst at Cedar Hill Capital Partners, where he worked on mergers and acquisitions for a variety of financial institutions.

Cascarilla is the CEO in other markets, bringing with him over 15 years of experience in finance. Cascarilla is a CFA charterholder and holds a B.B.A. in finance from the University of Notre Dame.

As an advocate of the capabilities of blockchain technology, Cascarilla is keen to merge traditional financial systems with the more technically advanced benefits of blockchain. He was also the co-founder of Cedar Hill Capital Partners, the hedge fund and financial advisory firm. Other past positions were at Claiborne Capital, Bank of America and Goldman Sachs.