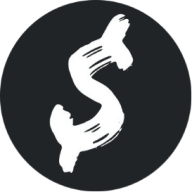 SWERVE FINANCE is described to be a fork of Curve, owned 100% by the community. It is claimed that there's no fake-out deployment, no questionable pre-mining, no founder controlling majority of the governance vote, no suspect team proposals, no 30% allocation to 'shareholders', no team allocation, no decades long distribution. It's a simple 33,000,000 supply owned entirely by holders, the community of liquidity providers and users. If holders provide liquidity to Swerve, they get ySWRV tokens which can be staked in the Swerve DAO to earn $SWRV. To kickstart the protocol and encourage users to try out Swerve, the first two weeks will have a larger distribution of $SWRV awarded.