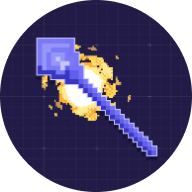 Abracadabra is an Ethereum-based protocol that seeks to create utility for the capital locked in various DeFi vaults, such as those associated with Yearn.Finance. SPELL is the name of Abracadabra's governance token, which also grants those staking it a share of the protocol's fee revenue. Abracadabra enables holders of interest-bearing tokens issued by vaults like yvWETH and yvUSDC to use them as collateral to mint the U.S. dollar-pegged stablecoin Magic Internet Money — also known by its ticker symbol MIM. MIM tokens can then be put to use in other DeFi applications, and users pay interest to the Abracadabra protocol for the privilege.