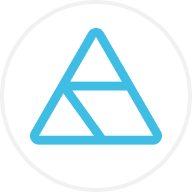 The token to be issued is called “KAN”. A strict limit of 10 billion KAN will be issued, and will never be increased. KAN will be issued according to the Ethereum ERC 20 standard. The project team comes from BitKan, a one-stop digital asset investment platform providing professional services including smart trade, market data, global news, content community, and multi-chain e-wallet, with more than 5,000,000 users from over 170 countries. Established in November 2012, BitKan has raised CNY 15 million in Series A funding and USD 10 million in Series B funding. The investors include Bitmain, IDG Capital and Lanqi Ventures. BitKan’s founding team includes former Huawei executives and Tencent product manager, with offices in Singapore, Tokyo and Hong Kong.

Leon, founder and chairman of the board of BITKAN. As the co-founder, he led the company team from 4 to 40 people, and got tens of millions of PreA round financing. Successfully created a a product used by over 60% of industry users, namely, the well-known platform for blockchain: BITKAN, the culture and product’s advantages of the company have been recognized and approved by the industry unanimously .

FANG, founder &amp;amp;amp;amp;amp;amp; CEO of BITKAN, brings BITKAN products to the market from scratch, leads the company and the team to constantly adjust the strategic rhythm under the premise of focusing on the goal and builds BITKAN into the TOP1 brand in the industry.