How Does Bitcoin Work?

Bitcoin (BTC) is a cryptocurrency that runs on a decentralized network and, unlike traditional currencies, requires no intermediaries like banks or financial institutions. Instead, the Bitcoin network relies on computer nodes and miners distributed around the world that help process, verify and record transactions on an immutable ledger called the blockchain.
A blockchain, as the name suggests, is made up of blocks of transactions grouped together by proof-of-work miners on the Bitcoin network. This entire process, as well as Bitcoin's self-regulating issuance and consensus mechanisms, are all coded into the protocol designed by its anonymous creator, Satoshi Nakamoto.
Today, Bitcoin is the leading digital currency both in terms of popularity and market capitalization, and users can buy or sell Bitcoin safely on a secure cryptocurrency exchange like OKEx.
Bitcoin Price 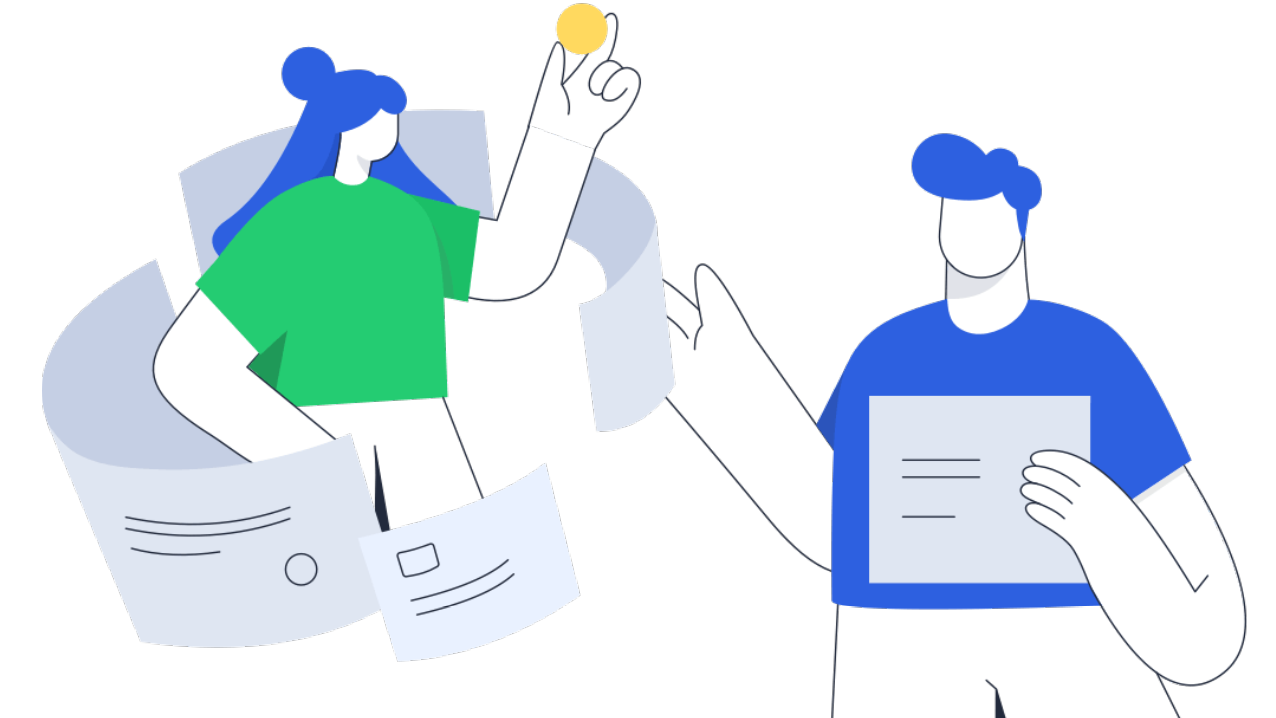 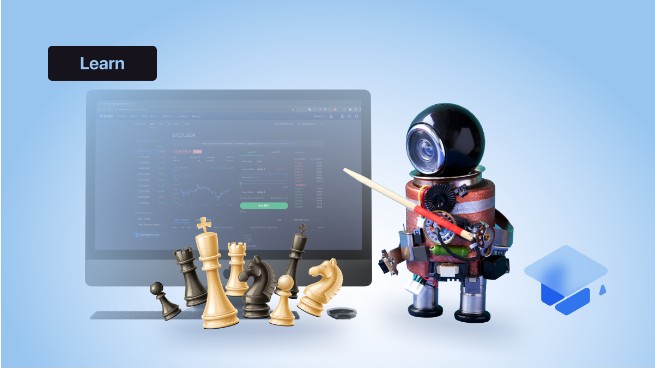 All about Bitcoin and Blockchain

Read more about the innovative technology that serves as the backbone of Bitcoin. How to Invest in Bitcoin

Investing in Bitcoin is as simple as signing up with OKEx and buying BTC within minutes. https://www.okex.com/academy/en/start-trading-cryptocurrency-on-okex 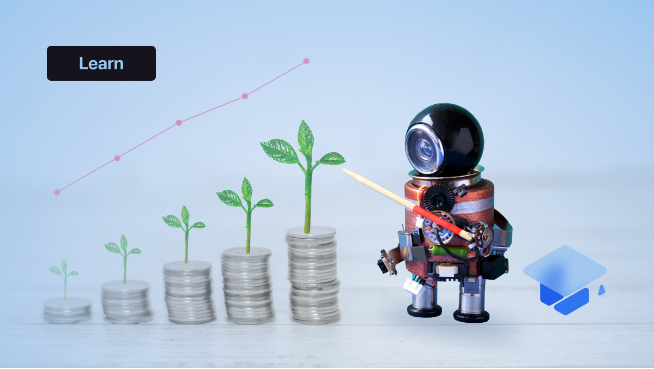 Ready for the Next Step?

Learn advanced trading, including how to trade Bitcoin derivatives such as futures and options.

The idea of Bitcoin was first outlined in an October 2008 white paper written by Satoshi Nakamoto — a pseudonymous programmer, or a group of programmers — titled "Bitcoin: A Peer-to-Peer Electronic Cash System." The first block on the Bitcoin blockchain, called the genesis block, was mined on Jan. 3, 2009 by Nakamoto, who is believed to have mined around 1 million coins in total. To this date, the original coins attributed to Nakamoto remain unspent.

In its early years, Bitcoin was worth very little, and in May 2010, an early miner exchanged a total of 10,000 BTC for a pizza — an astronomically expensive purchase based on today's Bitcoin price but the equivalent of about $25 at the time. Now known as the "Bitcoin Pizza Day," May 22 represents the first widely known commercial transaction using Bitcoin.

After a few years of slow but steady growth, the peak of Bitcoin's mainstream popularity came in late 2017, when Bitcoin saw its highest-ever price of around $20,000 amid major media coverage and a rush of people wanting to invest in Bitcoin.

Today, Bitcoin is trading at around $27,000–$29,000 and is a common inclusion in investment portfolios of institutional and retail investors around the world.

How do I get Bitcoin?

While the idea of buying and investing in Bitcoin may seem daunting at first, OKEx offers an easy, convenient and secure platform to buy and sell BTC. If you are already signed up with OKEx, it's as easy as selecting the amount of Bitcoin you want to buy, confirming the transaction and receiving the coins in your account. If you don't have an account, it only takes a few minutes to sign up and avail our welcome bonus.

Is Bitcoin the same as other cryptocurrencies?

Bitcoin is the most popular and the largest cryptocurrency by market capitalization. There are thousands of other cryptocurrencies, where some are clones of Bitcoin and others are built with additional functions, such as the Ethereum network. However, despite new cryptocurrencies being released regularly, Bitcoin has managed to maintain its top spot over the years.

What is a blockchain?

The Bitcoin network uses a decentralized online ledger to keep track of all transactions and coins. This database, kept in a distributed form and updated using a vast network of miners, is called a blockchain. Every few minutes, Bitcoin miners collect new transactions and process them together to create new blocks, which are added to the chain of existing blocks, thereby expanding the blockchain. Maintaining this chain with the use of cryptographic functions is what makes a blockchain resistant to alteration and forged/fake transactions.

Where do I keep my Bitcoin?

Because Bitcoin is a form of digital money, it does not exist in any physical form. The record of your ownership is stored as information on the Bitcoin blockchain and is referenced against a public address. Only the holder of a private key corresponding with the public address can access or move coins assigned to it. When you sign up on OKEx, you are assigned a Bitcoin wallet to keep your coins, and you can always sign up for a new wallet using various publicly available services. However, protecting your private key and/or account information is essential to protecting your BTC and other digital assets.

Because Bitcoin is a decentralized cryptocurrency that follows its programmed protocol, BTC's price, at any given time, is a function of its supply and demand as well as a host of technical and fundamental factors. Today, Bitcoin has an extensive derivatives market, with futures and options traded widely on exchanges like OKEx, and it is also likened to gold, at times, as a safe haven asset. Finally, since it is traded 24/7, 365 days a year, Bitcoin's price is highly volatile and constantly changing. You can get the latest Bitcoin price from a variety of markets using OKEx. 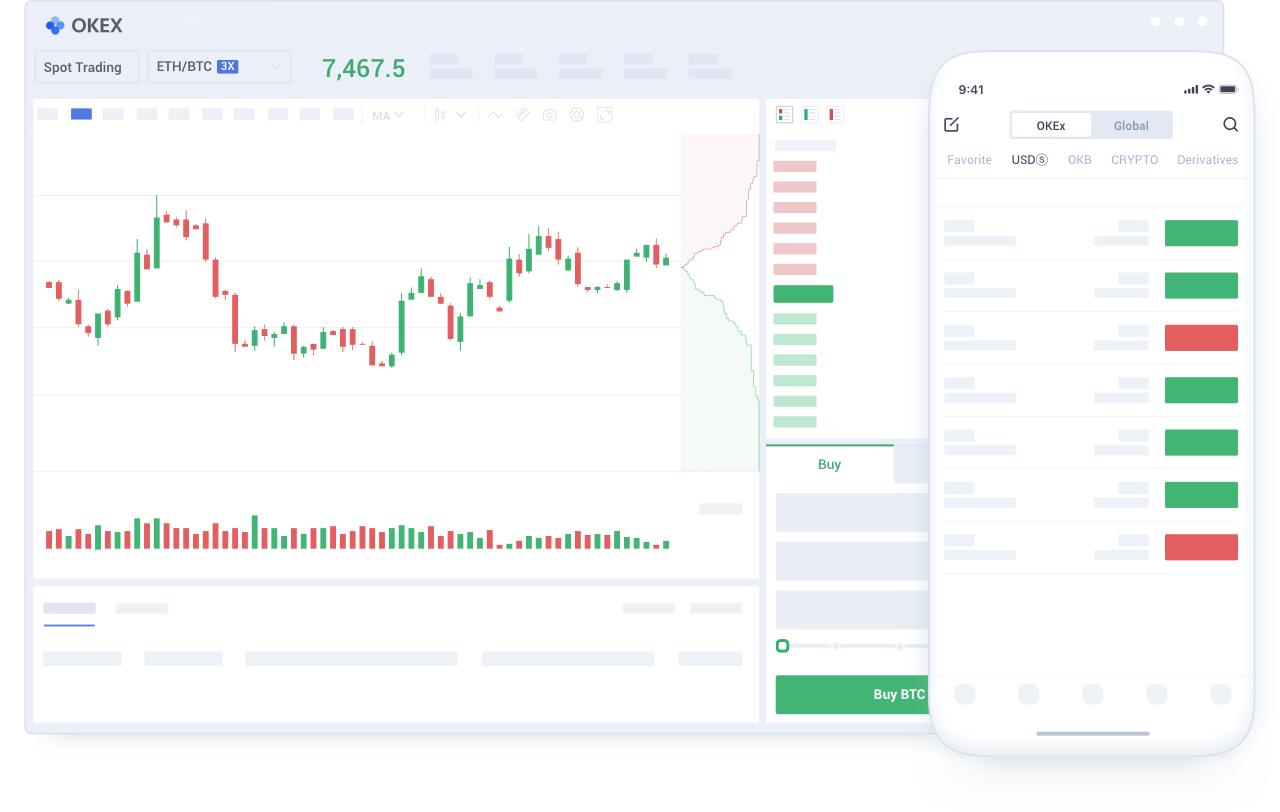 Use Bitcoin on the go

Experience how Bitcoin works on your smartphone